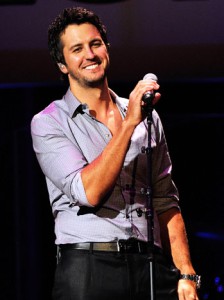 After some upgraded adjustments to sales forecasting by industry experts, the album is now expected to sale 500,000 copies in the first week, if not MORE. If forecasters are right, there is a possibility that Luke Bryan’s Crash My Party may make Luke the holder of the record for largest sales week for a male country artist. That record was previously set by Tim McGraw who, in November 2004, hit 766,000 in sales with Live Like You Were Dying. Those are some big boots to fill, but it looks like Luke just might step right up and fill them.

We won’t have to wait long to know. First week sales tracking of Luke’s Crash My Party, his second chart-topping album this year, concludes today, on Sunday, August 18th.

Best of luck to Luke as he tries to “crash” those sales records with this fantastic album!