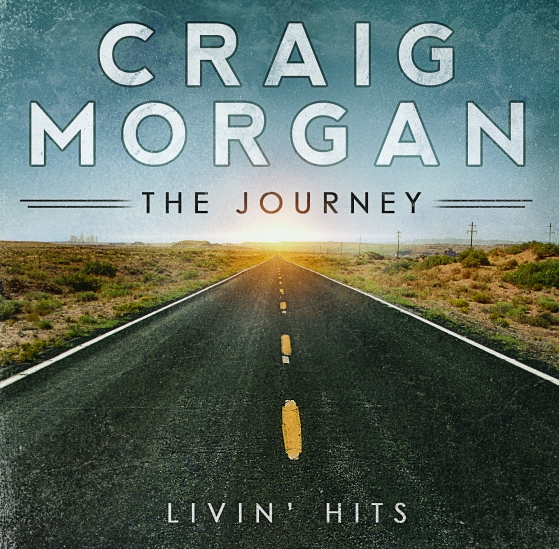 Craig Morgan is hitting the road and headed west in support of the September 3rd release of, THE JOURNEY (LIVIN’ HITS).  Kicking off the street week festivities at the Twin Falls Fair in Filer, ID, Craig is set to meet fans, interview with radio stations across the country, appear on multiple programs on GAC & CMT, and do a free and open to the public in-store CD signing at FYE in Modesto, CA throughout the upcoming week.

The Journey (Livin’ Hits), co-produced with his longtime creative partner Phil O’Donnell, contains four emotional new tracks including his powerful new single, “Wake Up Lovin’ You.” The project also contains new recordings of eight of his biggest hits, including the six-week #1 single, “That’s What I Love About Sunday.”

The music video for the single can be viewed HERE and is available to all country music video platforms now.  Fans may still pre-order the album at http://www.craigmorgan.com and download the single now on iTunes, Amazon and other digital outlets.  The Journey (Livin’ Hits) will be available everywhere music is sold on September 3.

ABOUT CRAIG MORGAN: One of country music’s best-loved artists, Craig Morgan has made a name for himself with massive radio airplay of his signature hits:  “Bonfire,” “Almost Home,” “Redneck Yacht Club,” “That’s What I Love About Sunday,” “International Harvester” and “This Ole Boy,” the title track to his latest album. The project boasted a Top 5 album debut on Billboard’s Top Country Albums chart. He’s just released the soulful single “Wake Up Lovin’ You” from the new album The Journey (Livin’ Hits), due September 3rd on Black River Entertainment. Craig received one of country music’s highest honors when he was inducted as a member of the Grand Ole Opry in 2008. Prior to becoming a country music and TV sensation, Craig Morgan spent over 10 years of active duty in the Army and an additional nine years in the Army Reserves.  He is an avid supporter of America’s military personnel and a recipient of the 2006 USO Merit Award. In addition to a prolific country music career, he hosts the award-winning show “Craig Morgan: All Access Outdoors,” airing on Outdoor Channel. For more information on Craig Morgan, visit www.craigmorgan.com and engage with him on Facebook, Instragram and Twitter.