Join Chris in the Countdown 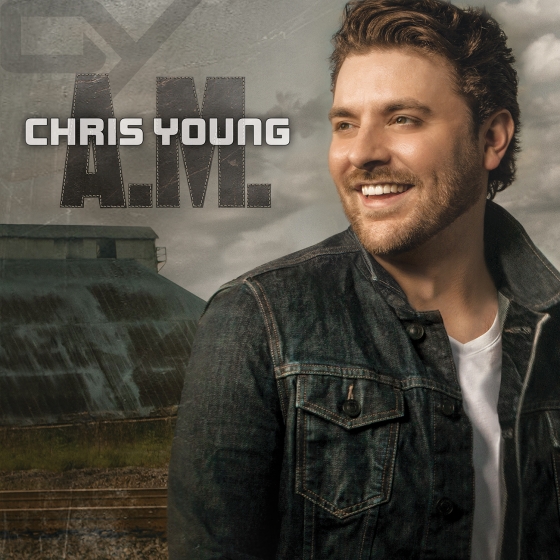 ‘Nothing good happens after midnight’ goes the old adage. But RCA Records singer songwriter Chris Young has a different opinion entirely. “There’s plenty of great stuff that happens after midnight,” says Chris. “People have a good time, fall in love, work through problems and relationships, lots of good things happen after midnight and that’s why we called the album A.M.”

Chris recognizes all of those aspects with the September 17 release of his new album, A.M.. The title track, written by Chris with pals Chris DeStefano and Ashley Gorley, celebrates the party side of late night. “A.M. is a big fun ode to, we’re having fun, it’s past midnight and it’s on,” laughed Chris. “I love hanging out with friends, having fun, playing music, and that happens a lot in the wee hours.”

“Goodbye,” another song on the album, acknowledges the relationship dynamic that happens in the late night. “In ‘Goodbye,’ the girl shows up at 11:30 pm on her boyfriend’s doorstep in tears that they’re going to break up but he assures her their relationship is worth fighting for, it’s too good to say goodbye,” said Chris.

“While we wrote the title track and ‘Goodbye’ in the same day, the songs couldn’t be more opposite in every way but they deal with things that happen late at night,” Chris said. Chris wrote six of the 11 songs on the album including the current single, “Aw Naw,” which is fast climbing the singles charts. Pre-order A.M. here: iTunes: http://smarturl.it/AMitunes; Amazon: http://smarturl.it/A.M.Amazon; Walmart: http://smarturl.it/CYWalmartPre.

Chris is getting the party started with the Countdown to A.M.. Fans can unlock A.M. confessions from Chris and guess what’s inside his cooler for the chance to win weekly prizes and be the first to hear select songs from his upcoming record. One lucky winner will have bragging rights when Chris drops by their late night house party! RSVP at http://countdown.chrisyoungcountry.com/.