Album lands at #2 on country album chart with 31,948 in first week sales 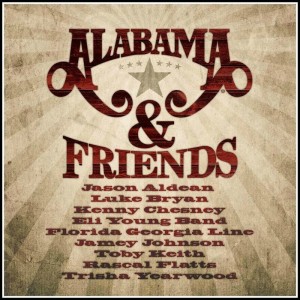 After only a week of being in stores, ALABAMA & Friends — the new album paying homage to the most iconic band in country music — has landed at No. 8 on the elite Billboard 200 all genre album chart. The 11-track album is among good company, surrounded by some of music’s biggest names including pop stars John Mayer (#7) and Bruno Mars (#9).

On the country albums chart, ALABAMA & Friends also makes an impressive debut, coming in at No. 2 after selling 31,948 copies in its first week.

For more of the latest news and information on ALABAMA, including where they will be performing on their new Back to the Bowery Tour, visit www.thealabamaband.com.