Country music star and award winning TV host, CRAIG MORGAN, has enlisted the support of fellow music friends Aaron Lewis and Tate Stevens, as well as a number of motocross celebrities, for his 7th annual charity event.  Tickets for the September 14th star-studded concert and celebrity off-road trail ride, taking place in Craig’s hometown of Dickson, Tenn., go on sale today, Wednesday, August 7 and can be purchased online at CraigMorgan.com. Proceeds will benefit Billy’s Place, a component fund of the Dickson County Craig Morgan Foundation. The organization’s primary goal is to assist foster children in Dickson County and throughout Middle Tennessee.

The family-friendly festivities kick off at 8 a.m. on Saturday, September 14 in Dickson. The morning will start with a hair-raising motocross exhibition from several of motocross’ top celebrities and competitors, followed by a group trail ride and lunch. Motocross stars participating this year include: Destry Abbott, Fred Andrews, Randy Hawkins, Andrew Short, Ryan Villopoto, Larry Ward, and Kevin Windham.

Later that night, fans can catch Craig with “Country Boy” singer Aaron Lewis, whose latest single “Granddaddy’s Gun” is climbing the charts, along with X-Factor winner Tate Stevens, for an intimate acoustic concert at The Renaissance Center in Dickson. Craig will return to the stage to offer up a full throttle acoustic show with his band. A live and silent auction will also take place from the concert.  All proceeds from the event will benefit the Dickson County Craig Morgan Foundation.

Both events are open to the public and tickets can be purchased now at all area Tri-Star Bank locations and at CraigMorgan.com. Beginning today, fans may pre-order Craig’s forthcoming album THE JOURNEY (LIVIN’ HITS) featuring four emotional new tracks including his powerful new single, “Wake Up Lovin’ You” and eight of his biggest hits.

ABOUT CRAIG MORGAN: One of country music’s best-loved artists, Craig Morgan has made a name for himself with massive radio airplay of his signature hits:  “Bonfire,” “Almost Home,” “Redneck Yacht Club,” “That’s What I Love About Sunday,” “International Harvester” and “This Ole Boy,” the title track to his latest album. The project boasted a Top 5 album debut on Billboard’s Top Country Albums chart. He’s just released the soulful single “Wake Up Lovin’ You” from the new album The Journey (Livin’ Hits) due September 3rd on Black River Entertainment. Craig received one of country music’s highest honors when he was inducted as a member of the Grand Ole Opry in 2008. Prior to becoming a country music and TV sensation, Craig Morgan spent over 10 years of active duty in the Army and an additional nine years in the Army Reserves.  He is an avid supporter of America’s military personnel and a recipient of the 2006 USO Merit Award. In addition to a prolific country music career, he hosts the award-winning show “Craig Morgan: All Access Outdoors,” airing on Outdoor Channel. For more information on Craig Morgan, visit www.craigmorgan.com and engage with him on Facebook, Instragram and Twitter.

ABOUT THE DICKSON COUNTY CRAIG MORGAN FOUNDATION: The main goal of the 501c3 is to assist foster children in Dickson County and throughout Middle Tennessee. The idea for Billy’s Place, a component fund of the Dickson County Craig Morgan Foundation,  was born while Craig Morgan was serving as an Assistant Sheriff’s Deputy in Dickson, TN and named for his wife Karen’s father. Craig’s continuing charitable mission is to eventually build and maintain a home called Billy’s Place in Dickson County Tennessee for temporarily displaced children in Tennessee’s 23rd District (5 counties) and to provide lasting funding for the home. The annual Craig Morgan Charity Event has raised $250,000 the last four years in support of Billy’s Place and other children’s welfare organizations. 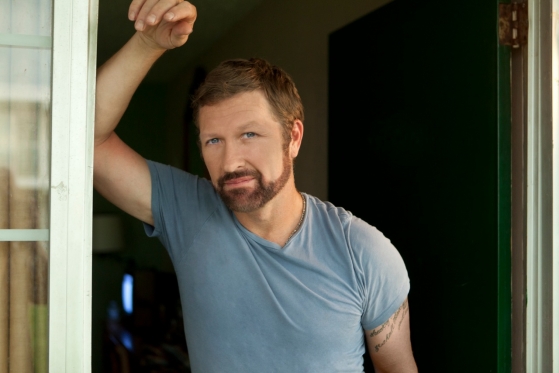